One of the most fascinating aspects of the movie is its cast, it cannot be said that changing lead actors would have no effect on the film. A single movie can create or destroy someone’s career. Let’s look at the examples when actors turned down hit movies:

Farah Khan’s debut directional film Main Hoon Na was one of the biggest commercial success in Bollywood. Shah Rukh and Zayed Khan’s combo was liked by the masses. Zayed who played the role of Shahrukh’s younger brother Lakshman was not Farah’s first choice for the role.

In an interview Farah said that she asked many actors before asking Zayed for the role, the list included – Hritik, Sohail Khan, and Abhishekh Bachchan. Farah even thought about casting Farahan Akhtar but he was more into directing movies at the time.

Hritik became a star after Kaho Na Pyaar Hai and said no as he didn’t want to do a second hero role. Despite everything, the movie turned out great.

While Fawad did a phenomenal job in Kapoor and Sons, the role was first offered to Saif Ali Khan.

“I really wanted and my wife said you’re being incredibly stupid,Shakun is one of the best directors you will ever work with “

Saif Ali Khan received many praises for his role as an actor in Hum Tum, but many don’t know that the lead role was initially offered to Hritik Roshan. Hritik spoke about why he rejected the movie.

“The fact that hum tum went on to become a success just proves that they did… they followed the right path. I would like to think that I helped them, get that push in the right direction.”

Rang De Basanti came out as Amir Khan’s film but every member in the cast outperformed themselves. The movie was well liked by the audience and still gives goosebumps on every watch.

Siddharth who played the role of Karan Singhaniya in the movie was not the makers first choice. Siddharth had done a few tamil and telgu films but his acting won the hearts of the masses.

The role was first offered to Shahid Kapoor, who could not do the film due to his hectic dates, which he later told on a talk show.

“Rang De Basanti, I didn’t turn it down, I didn’t have dates, so I couldn’t do it, because they needed to shoot at a specific point in time, they wanted to play the role of Siddharth, you known I had read the script and I had cried and loved it but unfortunately I was committed and couldn’t immediately take out time.”

Imtiaz Ali directed Tamasha was a hit on the box office, and no one could have a debate about the powerful chemistry that couple Ranbir- Deepika possessed.

More than the writing, everyone was amazed at how the movie was cast perfectly for both the actors. Imitiaz Ali first offered the role to Anushka Sharma, who rejected the role.

Anuskha felt that the sole focus of the film was the male protagonist and that is why she rejected the role.

Despite the facts, the film was a huge flop at the box office, there were still some parts where the film did great, breathtaking cinematography performances, and great cast except one or two.

The character of Johnny which was played by Ranbir Kapoor was initially offered to Ranveer Singh who rejected the role on the grounds of not connecting with the material.

Badhaai Ho panned out to be the second innings for the Veteran Actress Neena Gupta, who shared a post on Instagram asking for work.

The role of Nina Gupta in Badhai Ho was first offered to Tabu. Tabu felt that she was not the right fit for the role, and recommended Nina Gupta’s role.

One of the most famous rejections during recent times was the dram surrounding the 2019 film Bharat. Priyanka Chopra was locked in for the lead role but choose to not do it close to the time when the shooting was about to begin.

Initially Priyanka opted out the film due to the limited screen time, but later it was revealed that it may be due to her marriage with Nick Jonas.

Katarina Kaif was signed after Priyanka rejected the role and did a praiseworthy job.

Delhi Belly is among the best-made films this decade, it had all the elements of a great comedic thriller, it also provided a great platform for Imran Khan as an actor, who was always criticized for the range of his roles. The original choice for the makers was Ranbir Kapoor

Deepika’s role in Padmaavat received huge praise, but the role of Rani Padmavat was originally offered to Kangana Ranaut.

Taking about Padmaavat, Kangana Spoke – “We had a brief meeting for Padmaavat, he narrated me the film, I was doing Manikarnika around that time.” 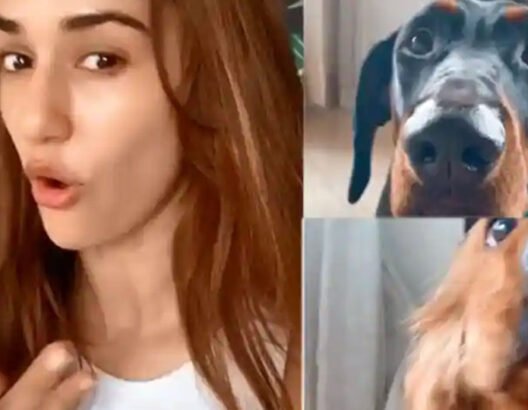