Shawshank Redemption is unarguably one of the best movies ever made. It’s the film you will find on everyone’s top 5 list of the best movies they’ve seen. The film gives up a different insight to look at things, from Hope destroying everything, to how Hope can be the best thing there ever is.

The movie was based on Stephen King’s 1982 book “Rita Hayworth and Shawshank Redemption.” The movie became one of the top rented films of 1995.

While the film received positive reviews, it did not make much on the box-office and was a box-office disappointment, as it was released along with Pulp Fiction, Forrest Grump, and Jurassic Park(1993) which was re-released at that time.

Despite all this, the movie has earned the name for itself; by its story, its characters, and dialogues which are nothing short of inspirational quotes.

“I guess it comes down to a simple choice, really. Get busy living, or get busy dying.” – Andy Dufresne

“Hope is a good thing, maybe the best of things, and no good thing ever dies”.- Andy Dufresne

“I tell you those voices soared higher and farther than anybody in a Gray Place dares to dream.” – Andy Dufresne

“The funny thing is – on the outside, I was an honest man, straight as an arrow. I had to come to prison to be a crook.” – Andy Dufresne

“The world went and got itself in a big damn hurry.” — Brooks

Dear fellas, I can’t believe how fast things move on the outside. I saw an automobile once when I was a kid, but now they’re everywhere. The world went and got itself in a big damn hurry. The parole board got me into this halfway house called “The Brewer” and a job bagging groceries at the Foodway. It’s hard work and I try to keep up, but my hands hurt most of the time. I don’t think the store manager likes me very much. Sometimes after work, I go to the park and feed the birds. I keep thinking Jake might just show up and say hello, but he never does. I hope wherever he is, he’s doin’ okay and makin’ new friends. I have trouble sleepin’ at night. I have bad dreams like I’m falling. I wake up scared. Sometimes it takes me a while to remember where I am. Maybe I should get me a gun and rob the Foodway so they’d send me home. I could shoot the manager while I was at it, sort of like a bonus. I guess I’m too old for that sort of nonsense any more. I don’t like it here. I’m tired of being afraid all the time. I’ve decided not to stay. I doubt they’ll kick up any fuss. Not for an old crook like me. P.S: Tell Heywood I’m sorry I put a knife to his throat. No hard feelings. Brooks.

“I don’t know; every man has his breaking point”. — Red

“There’s not a day goes by I don’t feel regret. Not because I’m in here, because you think I should. I look back on the way I was then: a young, stupid kid who committed that terrible crime. I want to talk to him. I want to try to talk some sense to him, tell him the way things are. But I can’t. That kid’s long gone, and this old man is all that’s left. I got to live with that. Rehabilitated? It’s just a bullshit word. So you go on and stamp your form, sonny, and stop wasting my time. Because to tell you the truth, I don’t give a shit.” – Red

“I have to remind myself that some birds aren’t meant to be caged. Their feathers are just too bright. And when they fly away, the part of you that knows it was a sin to lock them up DOES rejoice. But still, the place you live in is that much more drab and empty that they’re gone. I guess I just miss my friend.” — Red

“That’s where I want to live the rest of my life. A warm place with no memory.” – Andy Dufresne

“That’s the beauty of music. They can’t get that from you… Haven’t you ever felt that way about music?” — Andy Dufresne

“Forty years I have been asking permission to piss. I can’t squeeze a drop without say-so.” — Red

“These walls are funny. First, you hate ’em, then you get used to ’em. Enough time passes, you get so you depend on them. That’s institutionalized.” — Red

They say it has no memory. That’s where I want to live the rest of my life. A warm place with no memory. (When Andy asked Red: You know what the Mexicans say about the Pacific)

“I have no idea to this day what those two Italian ladies were singing about. Truth is, I don’t want to know. Some things are best left unsaid. I’d like to think they were singing about something so beautiful, it can’t be expressed in words, and makes your heartache because of it. I tell you, those voices soared higher and farther than anybody in a gray place dares to dream. It was like some beautiful bird flapped into our drab little cage and made those walls dissolve away, and for the briefest of moments, every last man in Shawshank felt free.” — Red

“We sat and drank with the sun on our shoulders and felt like free men.” — Red

“I believe in two things: discipline and the Bible. Here you’ll receive both. Put your trust in the Lord; your ass belongs to me. Welcome to Shawshank.” — Warden Norton

I find I’m so excited, I can barely sit still or hold a thought in my head. I think it’s the excitement only a free man can feel, a free man at the start of a long journey whose conclusion is uncertain. – Red

What was right with him he’d only give you a little at a time. What was wrong with him he kept bottled up inside.

It goes back to what I said about Andy wearing his freedom like an invisibility coat, about how he never really developed a prison mentality. His eyes never got that dull look.- Red

Loved the Shawshank Redemption Quotes? Which movie quotes would you like to read? 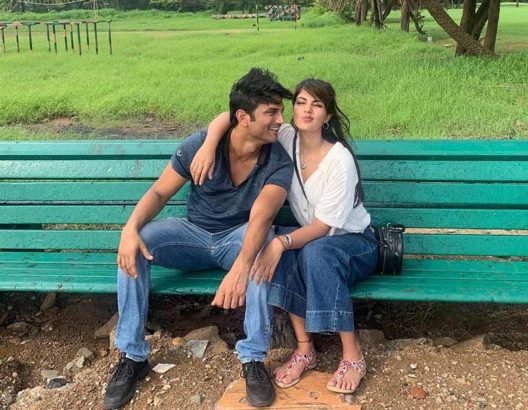