A Weirdo Asked “ek raat ka kitna?” to TMKOC fame Babita Ji, the actress made sure He Doesn’t Ask Again

Tarak Mehta ka Ooltah Chashmah is one of the longest-running shows in television history, the sitcom has completed over 2950 episodes and now aiming for 3000 episodes since its first episode aired on 28th July 2008.

The show revolves around the residents of a Gokuldham Society who help each other find solutions when they face common, real-life challenges and get involved in sticky situations.

Characters from the show are so well known that they have become household names such as Jethalal (Dilip Joshi), DayaGada (Disha Vakani), Tarak Mehta(Shailesh Lodha), Champak Chacha Ji( Amit Bhatt) among many others.

Another actor who has achieved a lot from the show is the character of Babita Ji. Munmun Dutta plays this character and has won millions of fans on social media as well. Munmun is very active on social media, which has helped her photos go viral on the internet. Back in October 2016, she had shared some pictures of herself wearing Indian ethnic wear.

After reaching fame it gets more and more difficult for celebrities to deal with such types of people, who constantly comment vulgarly on social media posts. But this time Munmun Dutta replied to the pervert in a way, he would never make such comment on any of the posts.

The photo received many likes and comments. However, one weirdo tried to go beyond the limit by asking her:

“Ek raat ka kitna(How much for one night?)”

To which actor lost her cool and gave the perfect reply to divine_1758.

Here’s a loose tranlation of her response:

Why stupid, why have you come here to beg?  Did you forget your standard? God has given you an ugly face, so you will talk ugly only? No one would even spit on you. If you are brave, come forward and talk. And one more thing, I thought it’s better to show you your standard before I block you. Understood you illiterate guy? Now go from here with your ugly face and spread filth somewhere else.”

Sadly this is not the first time someone commented the same on her pictures, and she can’t reply every time. What to do for such situations?

The abuses hurled at me in my comment sections and DMs by these radical and intolerant losers ? after my opinion on #CAA_NRC .
This is just a few example..

Lol ?. I give a shit to ur abuses jokers . BRING IT ON . ?#IndiaSupportCAA @PMOIndia pic.twitter.com/VhJ2pVxqpf

But Munmun doesn’t pay much attention to what she calls Joker. 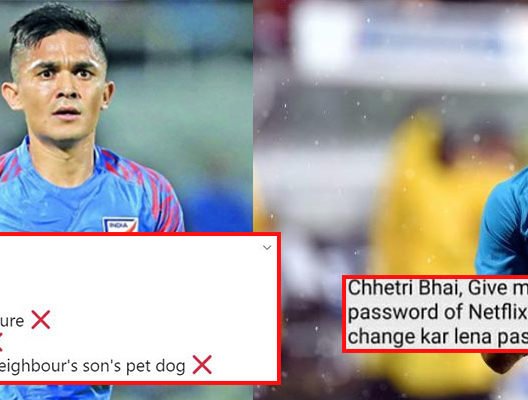