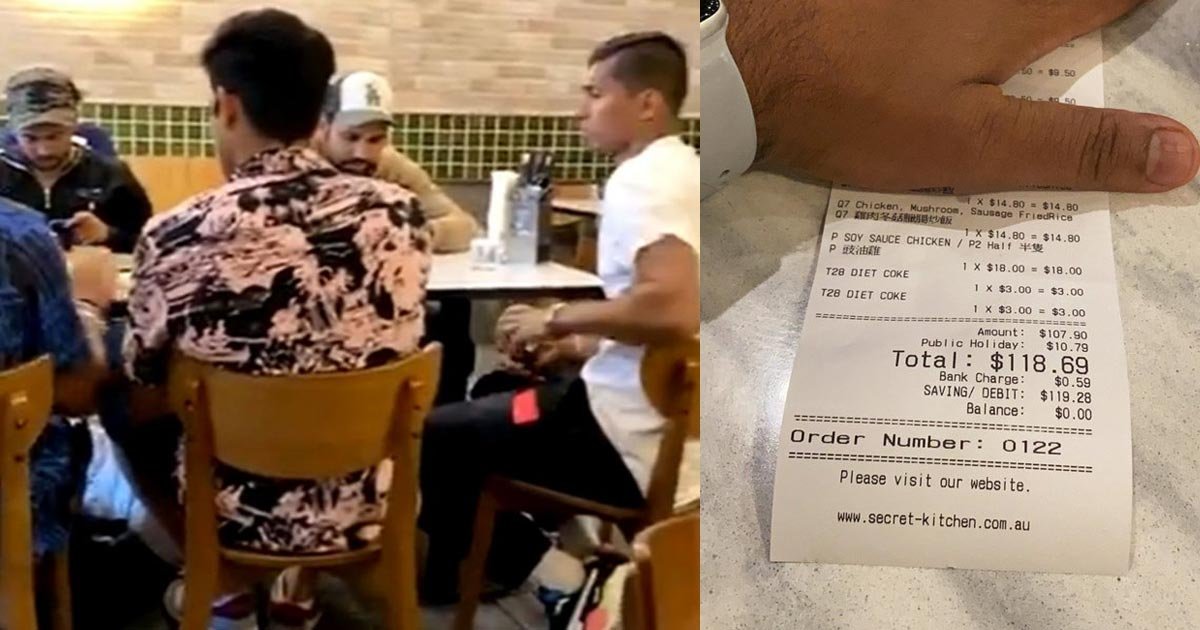 Cricket is nothing short of a religion in India, and the lengths fans will go to meet their idols are incredible. Sudhir Kumar Chaudhary, always covered in green, orange, and white paint that represents the Indian flag, with the words “Miss you Tendulkar” written on the back. This is just a hint of what cricket means to Indian fans.

Navaldeep Singh had the best start to his 2021 season. Navaldeep was at the same Melbourne restaurant where some Indian players decided to eat after the Boxing Day Test. According to Navaldeep, he saw Rohit Sharma, Navdeep Saini, Rishabh Pant, and Shubhman Gill while they were sitting right next to him at the table.

He couldn’t contain his excitement and tweeted about the incident, “mere saamne waale table par gill pant sharma saini” (Shubhman Gill, Rohit Sharma, Navdeep Saini, and Rishabh Pant are sitting on the table in front of me)

Navaldeep was so excited that he ordered something to eat even though he wasn’t hungry. He ordered the food, so he could just sit and watch his favorite players.

On January 1, 2021, Navaldeep Singh, an Indian cricket fan, noticed Rohit Sharma, Navdeep Saini, Rishabh Pant, and Shubman Gill sitting next to him at a restaurant in Melbourne. The fan paid their AUD 118.69 (INR 6683) bill and posted a video of the cricketers enjoying a relaxing day.

They are not aware but i have paid there table bill 🙂 . Least i can do for my superstars 🤗 pic.twitter.com/roZgQyNBDX

When the players were informed that their bill was paid by someone else, a fan. Rohit Sharma asked him to take the money back as it doesn’t look nice. But Navaldeep declined and said no sir it’s on me, and while they were leaving Pant said “Thank you bhabhi ji for the lunch.”

However, when the issue arose, it sparked a lot of controversies because the players were supposed to be in a safe bio bubble due to the COVID-19 situation. When Navaldeep Singh tweeted that Rishabh Pant hugged him, it sparked outrage, citing COVID-19 protocols.

But Navaldeep wrote in his other tweet that his last tweet was only outside of excitement. His tweet read “Clarification – Pant never hugged me it was all said in excitement we maintained social distance all through:) Apologies for miscommunication @BCCI @CricketAus @dailytelegraph,”

Clarification – Pant never hugged me it was all said in excitement we maintained social distance all thru:) Apologies for miscommunication @BCCI @CricketAus @dailytelegraph

Team India is enjoying their stay after winning the Boxing Day test, despite the absence of Captain Virat Kohli. The next match will be held in Sydney on January 7. The four-match test series between India and Australia is currently tied at 1-1, and team India will retain the border Gavaskar Trophy if they win even one of the remaining two test matches.