Vidyut Jammwal is best known for his roles in action films like the Commando series, he is a trained martial artist, having learned the Indian martial art of Kalaripayattu since age 3.

After the success of Commando 3, Vidyut is back again with another action film, Khuda Haafiz – the movie will be released on August 14 on Disney + Hotstar. Along with Vidyut, the movie also features Shivaleeka Oberoi. The trailer was released on July 25.

Vidyut announced the news of trailer release on Twitter with the caption: Presenting to you the true story of a common man who takes an extraordinary journey to save his one.

Amit Sadh praised the actor and his journey from the beginning and wished the film best of luck. The actor responded by saying:

Bro, you’re kicking some real asses in this one! As a human being you were always spectacular but the growth you’ve shown with every film of yours is truly amazing. Everything that you do truly touches my heart. All the best for #KhudaHaafiz!

Bro you're kicking some real asses in this one! 👊🏻
As a human being you were always spectacular but the growth that you've shown with every film of yours is truly amazing. Everything that you do truly touches my heart. All the best for #KhudaHaafiz! 🤗♥️ https://t.co/mpK637CwCJ

Vidyut wanted to virtually hug the actor after reading his response but due to typo, he hugs went to Minister of Home Affairs, Amit Shah.

Thank you @AmitShah ..A tight virtual hug to you😃. https://t.co/Qlbx0y9K1z

Fans didn’t take much time to notice what went wrong with the reply and started editing Amit Shah and Vidyut Jammwal in the same frame.

Was it intentional to send the hug to teddy bear..If yes then much love. ❤️🤣😂

Vidyut was aware of the typo and responded with a smiling emoji.

And Finally he sent the virtual hug at right address.

Thankyou @TheAmitSadh …A tight virtual hug to YOU😀…I hope it reaches you on the right address 😂 https://t.co/pOocvFHCMa 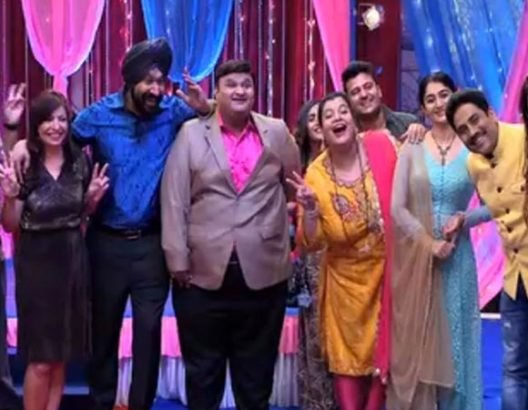